Featured in Manhattan Week: The Mayor of the Upper West Side Uses Her Green Thumb to Keep the Neighborhood Serene 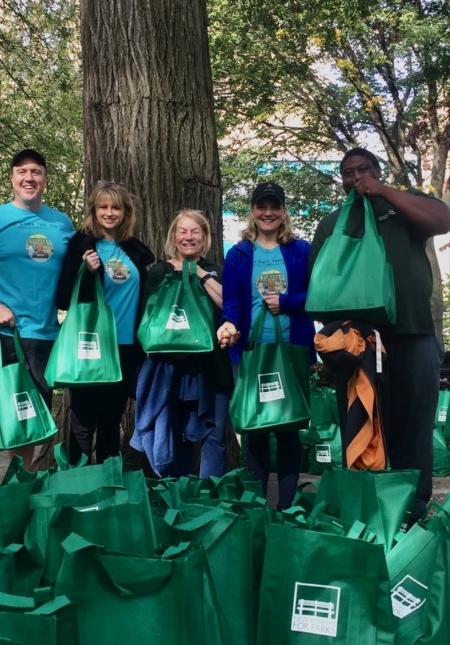 Annual Daffodil Bulb Giveaway This Sunday; Plant Them Throughout the Neighborhood!

September 22, 2022 - “The Daffodil Bulb Giveaway is one of three events included in Love Your Street Tree Day, a larger initiative spearheaded by the West 80’s Neighborhood Association. “Love Your Street Tree Day was established as an idea and model for increasing street tree stewardship, not only on the Upper West Side, but throughout New York City,” Melissa Elstein, Secretary and Co-Founder of the association told West Side Rag.“ Read more... 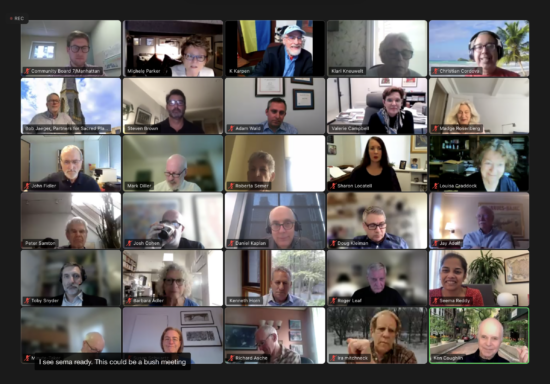 May 6, 2022 - “I’m just feeling extremely sad and disheartened about the current situation,” said Melissa Elstein, of the West 80s Neighborhood Association, capturing the feelings of many who testified. “It’s such a tragedy. I just hope we can preserve it.” Read more... 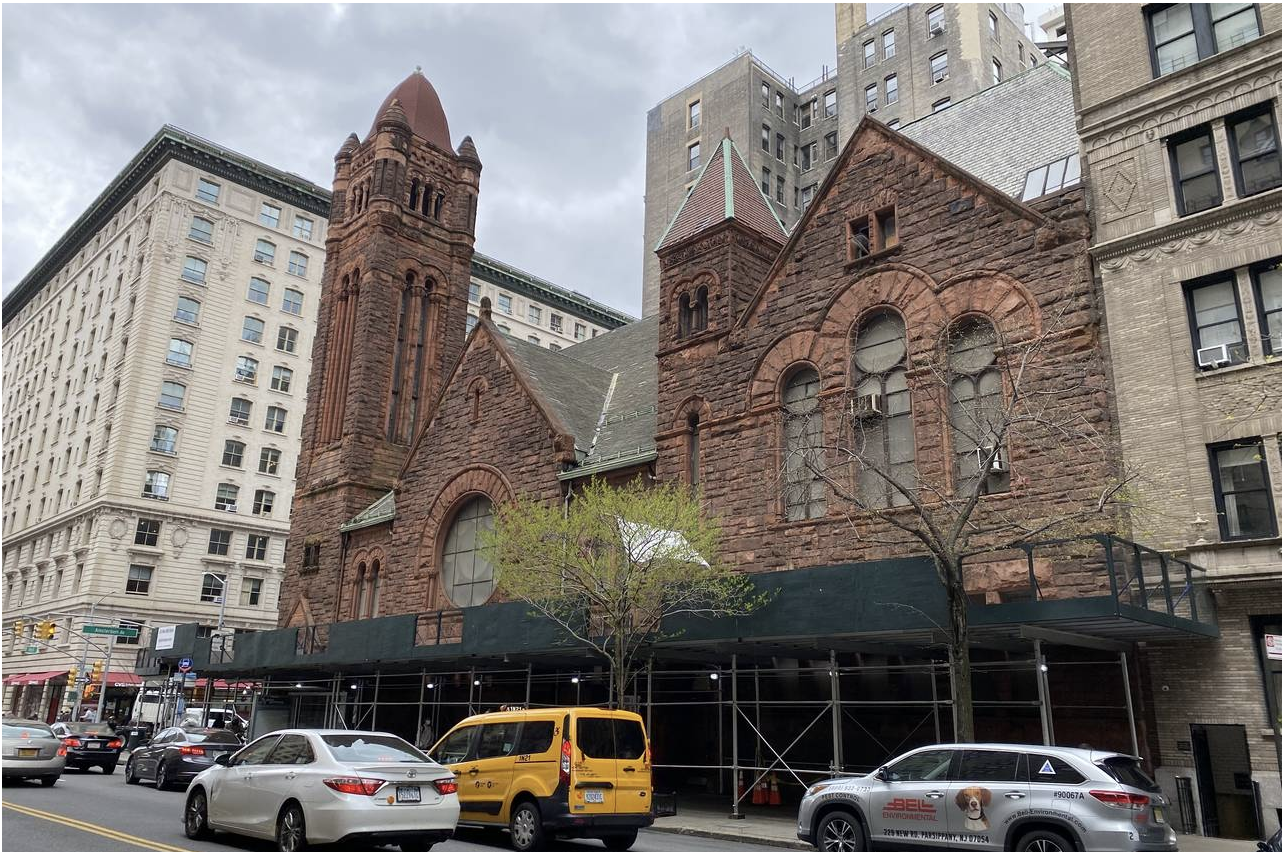 May 6, 2022 - “This is such a tragedy,” said Melissa Elstein, a member of the West 80s Neighborhood Association. “It's sad and it's demonstrating the difference between what's happening in New York City and in Europe. In Europe, these grand churches and synagogues are preserved and cared for.” Read more... 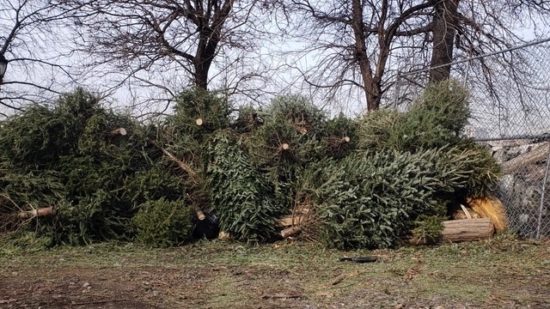 You Can ‘Treecycle’ Your Tree and Help Spread the Chips; 2022 Mulchfest Is Saturday 1/8 and 1/15 in Riverside Park

January 7, 2022 - “Mulching them is an environmentally friendly way to treecycle holiday trees and prevent them from contributing to landfill waste,” the West 80’s Neighborhood Association newsletter explains. Read more... 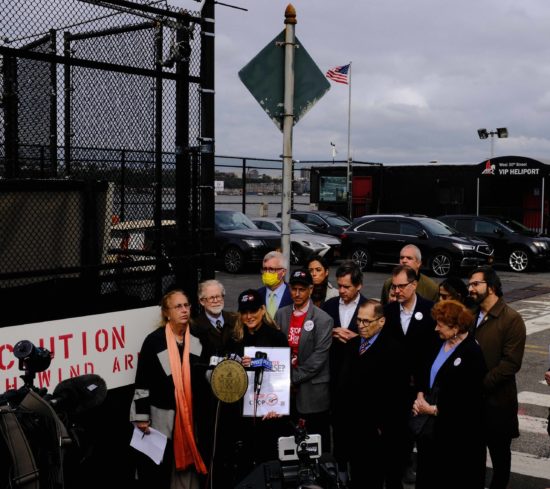 November 4, 2021 - As the press conference wound down—“we need to stop this now before we turn into Sao Paolo,” railed Ken Coughlin, of Community Board 7—the Rag spotted Melissa Elstein, of both Stop the Chop NY/NJ and the West 80s Neighborhood Association. Stop the Chop has a petition to end nonessential helicopter flights over NYC on Change.org that more than 10,000 people have already signed. “Stop the Chop NY/NJ is an all volunteer organization,” Elstein said. “We’re just community members who are doing this seven days a week because the helicopters are flying seven days a week. I’d rather do other things with my time than fight helicopters,” she laughed.” Read more... 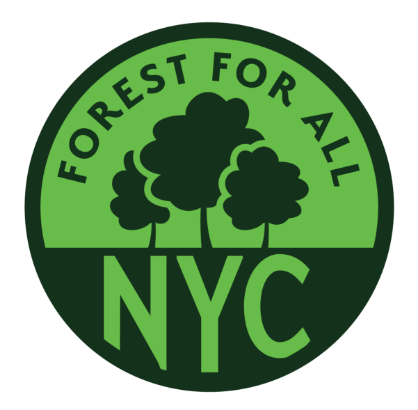 June 9, 2021 - The West 80s Neighborhood Association and Love Your Street Tree Day are thrilled to have been a founding member of the Urban Forest Task Force and now look forward to continuing our street tree care volunteer work and advocacy for street tree stewardship with the Forest for All NYC coalition.  Read more... 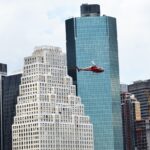 Ending Aircraft Noise Is a Priority for Community Board 7

October 20, 2020 - Upper West Side residents, fed up with low-flying aircraft, are speaking out. On a two-hour Zoom call last Tuesday, the transportation committee for Community Board 7 spent most of the time airing their grievances about noise and environmental damage caused by private helicopters. Read more... 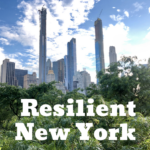 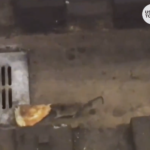 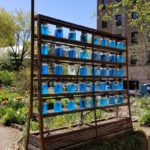 This weekend is packed with events, and we wanted to highlight three unique ones. Read more. 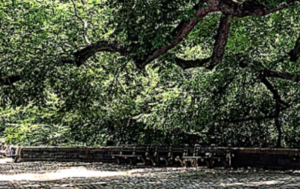 The fifth Annual NYC “Love Your Street Tree Day” will be held on the Upper West Side on Saturday, May 18th from 12-2pm. Read more. 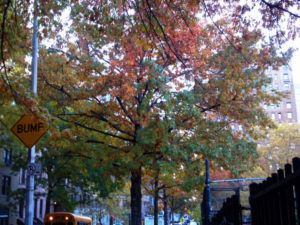 Volunteers can help restore tree beds with mulch and compost and sweep the neighborhood during a "trash audit." Read more. 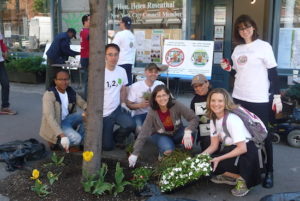 Learn how important urban trees are to our health, environment and economy, and how properly cared for permeable soil slows down stormwater runoff into our waterways preventing combined sewage overflows. Read more. 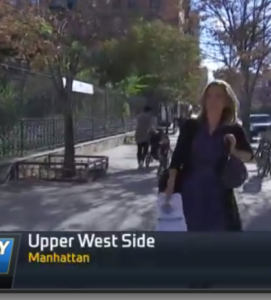 Manhattan Week: The Mayor of the Upper West Side Uses Her Green Thumb to Keep the Neighborhood Serene

As our series "One City, Many Mayors" continues, we move to the Upper West Side, where a local resident is working to beautify the neighborhood, one tree at a time. Read more. 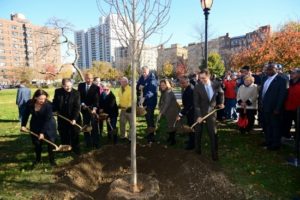 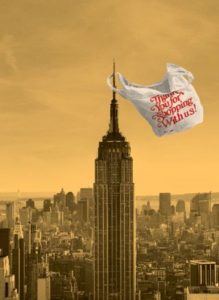 "... One morning, I met Romer at Eighty-fifth and Broadway, where she had come to talk to a group from the West 80s Neighborhood Association. Members of that group, led by Melissa Elstein, a yoga teacher and former attorney for the N.Y.P.D., had gathered to learn how to take bags out of trees. Skilled professional bag snaggers from the New York Restoration Project, or N.Y.R.P., the environmental organization founded by Bette Midler, were there to provide instruction. In the lobby of Elstein’s building, we stood in a circle and introduced ourselves—fifteen of us in all..." Read more. 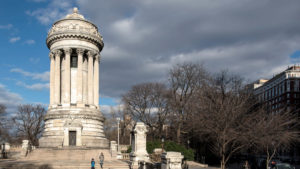 The West 80s: An Aesthetic of Its Own

The [West 80s] association’s Recycling and Zero Waste Forum in November drew about 100 people, she said, and the inaugural Love Your Tree Day last May is scheduled for a reprise this spring. Read more. 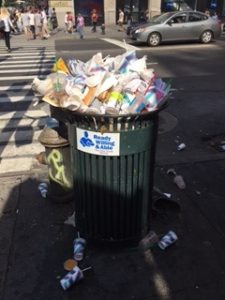 How and Why to Get to Zero Waste

By Lisa DiCaprio and Melissa Elstein (West Side Spirit) on November 24, 2015

To confront the enormous societal and economic costs of our waste problem, we need a cultural shift to acknowledge and reduce our trash footprint.

While supporting new recycling policy measures, we must also reduce waste and consumption. It really is true that when we throw things away, there is no away.  Read more (PDF).